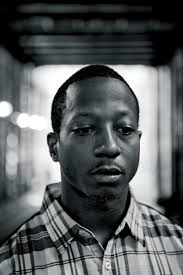 At this point, it’s clear that Rachel Dolezal is out of her damn mind and Caitlyn is, like many men that have made the transition into beautiful women, is a transgendered female.

Great, that is done. But, there is other news that is getting lost in the shuffle that is really important. Current events that you should be privy to so, let me help you out girl (boy).

5 More Important Stories You Should Be Reading About

1. The deportation of hundreds of thousand Dominican Republic born Haitians

This story is almost surreal. It is incredibly disheartening that a country can just boot a group of people out and tell them to go back “home” where they probably have little to no roots. This is happening within days. This is a social cleanse of sorts. This needs to be addressed.

If you too think this is an atrocity, sign this petition.

2.  Two inmates are still on the run from prison

And that ish is scary. They have yet to be captured and your eyes and ears need to be peeled.

After serving a horrific stint in prison at just 16, Rikers Island sort of prison, the young Kalief Browder case of theft of a book bag (that he probably didn’t commit) was thrown out. After struggling with mental health after the extreme situation and numerous attempts at suicide, Kalief Browder died at his own hands and the conversation about our prison systems and young people must be had.

2 assailants in their 20’s broke into Arnesha’s grandmother’s house in Baltimore, MD where she slept with the intent to steal. They in turn sexually assualted, strangled, and burned her and all for $40, an iPad, and a laptop.